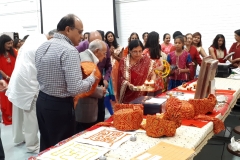 EIGHTH DAY OF PARYUSHAN AND MICHHAMI DUKHDAM
East area celebrated Paryushan in a quiet and calm way with lots of Aradhana and Tapasya. Everyone enjoyed the Paryushan week and the eight days have gone very fast. On the last day the Savanstri Pratikraman started at 4.30pm. The katasana fee was £3.00 per person and was collected at the door by Rameshbhai, Nandlalbhai and Mahendrabhai. Many thanks to them. 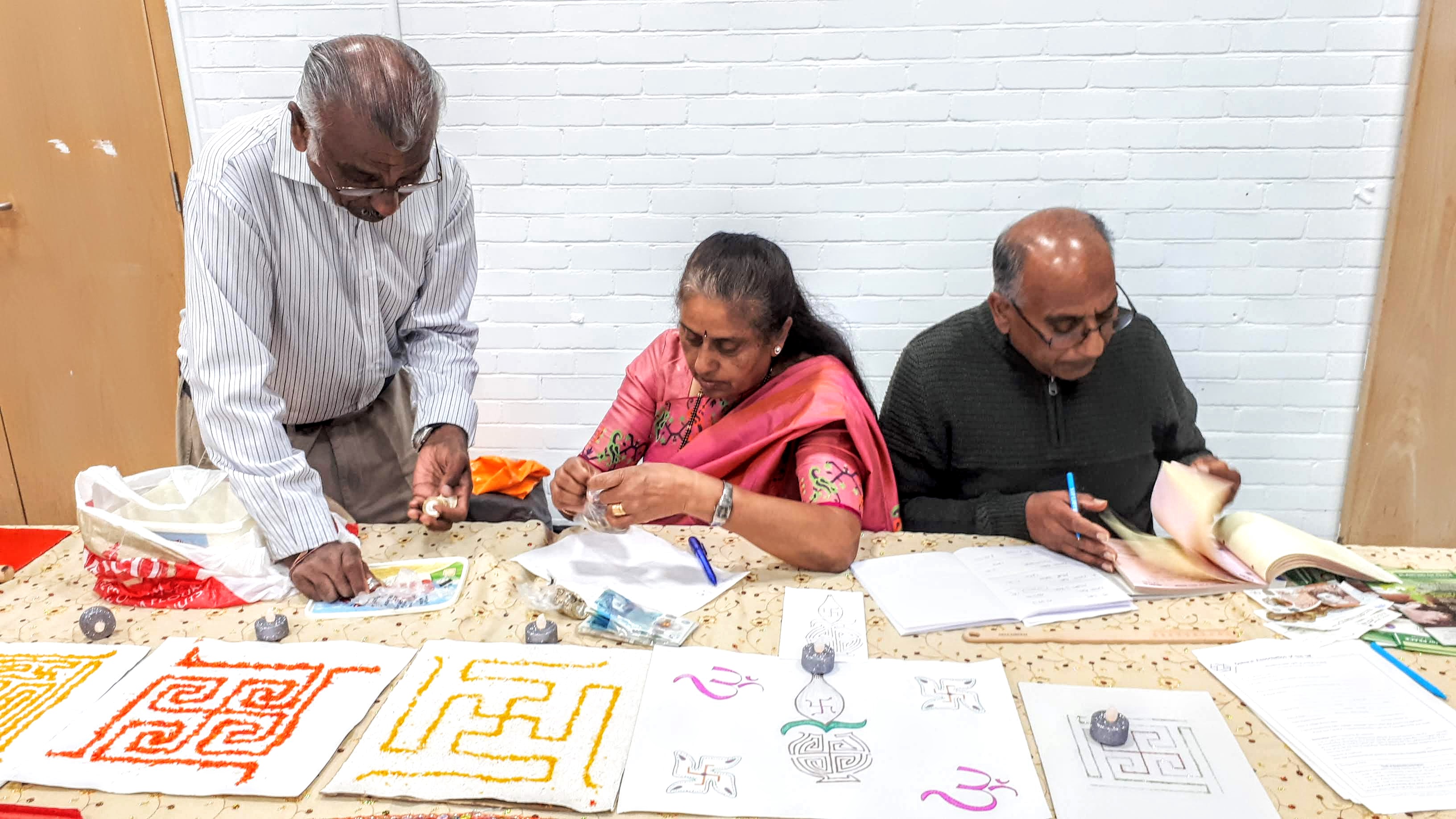 The Savanstri Pratikaman was recited By Veljikaka (Velji Mulji Malde), Kishorebhai, Hinesh, Bhavin, Aarav etc and many thanks to them.
After the pratikraman today the prabhavna by Shree Sangh was Kesar, molasses by Bhartiben Babulal, and 20 pence coin by Dinuben Rasikbhai. Then vachan was done by Pushpaben and thanks to her. Kishorebhai gave his message and after doing the Michami Dukadam to all, he left for home. 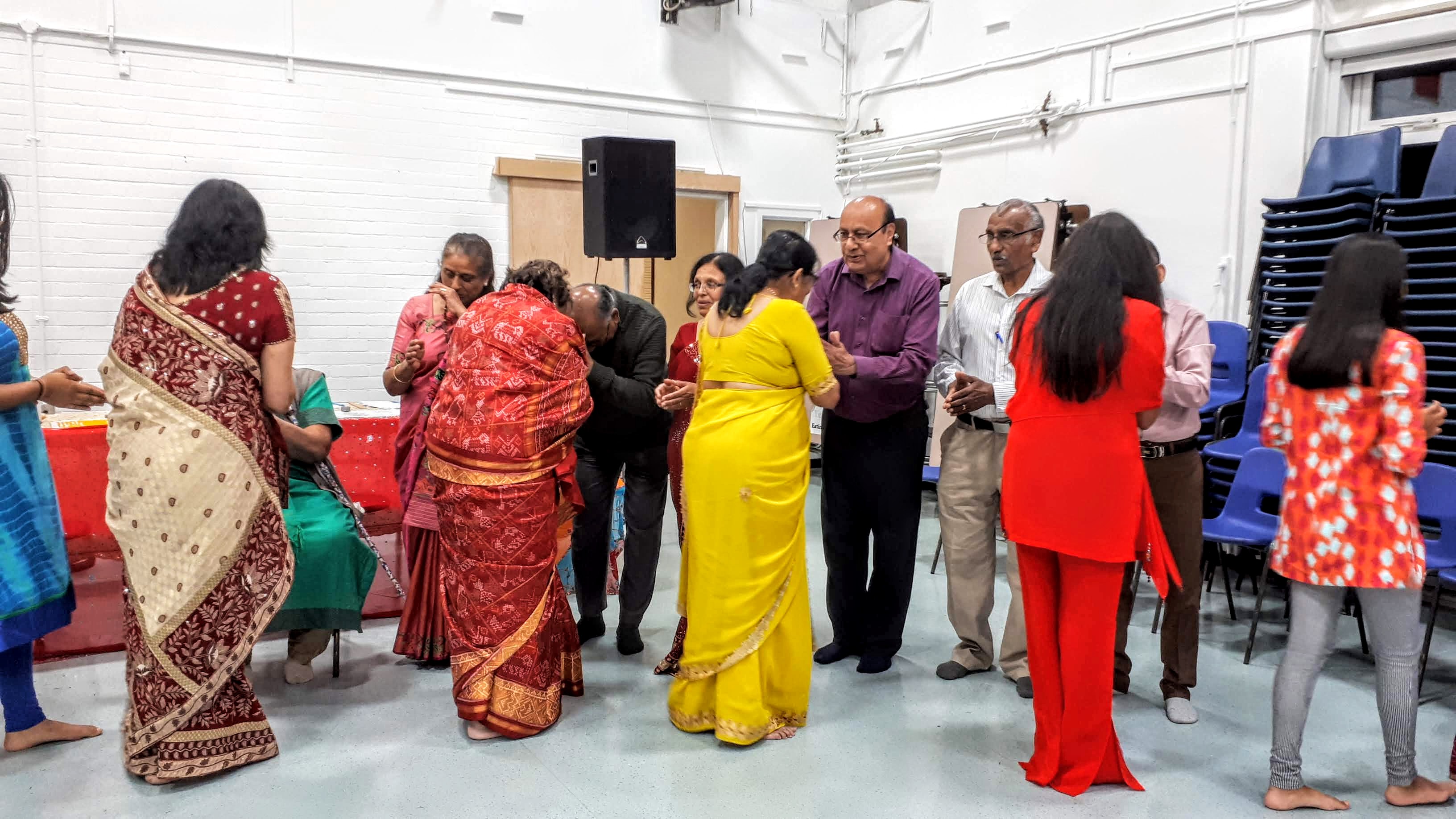 The bhavna was sung by ladies and thanks to them. Thanks to Bharatbhai playing the tabla every day. Thanks to Lalitaben for borrowing the tabla.
The ladies did the Michami Dukhdam followed by the gents and the committee standing in a queue. Afterwards Bhartiben gave her speech and she thanked all the above plus all the volunteers who have helped in making this a success. She thanked Avniben and the mothers for the childrens’ programme and the kids who took part in it without them this would not have happened. 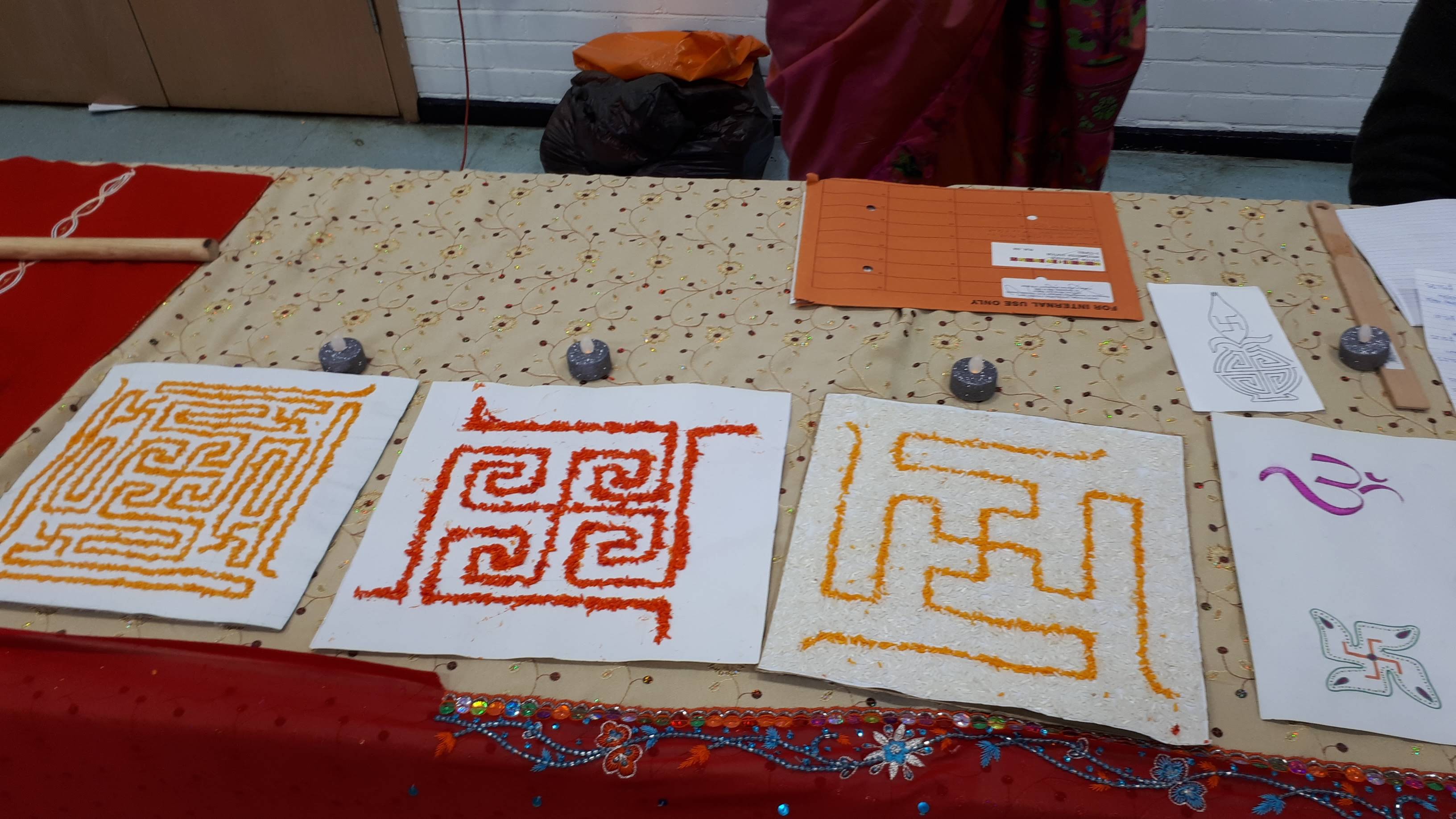 She thanked all the committee members and their spouses who have done hard work and a special thanks to her other half Babubhai who has supported her throughout and to do the media work for eight days. She also thanked Hinesh Shah who has encouraged her and gave her confidence.
She thanked the chairman, Treasurer, Secretary and the vice-chairman to do their duties, and with a special thanks to Narottambhai for opening the hall, setting the hall in time and to do all the duties needed during paryushan. Also thanked Nandlalbhai for all the jobs where needed. She also thanked Chandubhai who has done the bidding for Aarti, Mangaldivo every day and the sapnas on Mahavir Janmashtami. She also thanked all the public who came every day without whom this paryushan would not have been possible. Also thanked all who took part in Aarti, Mangaldivo etc. 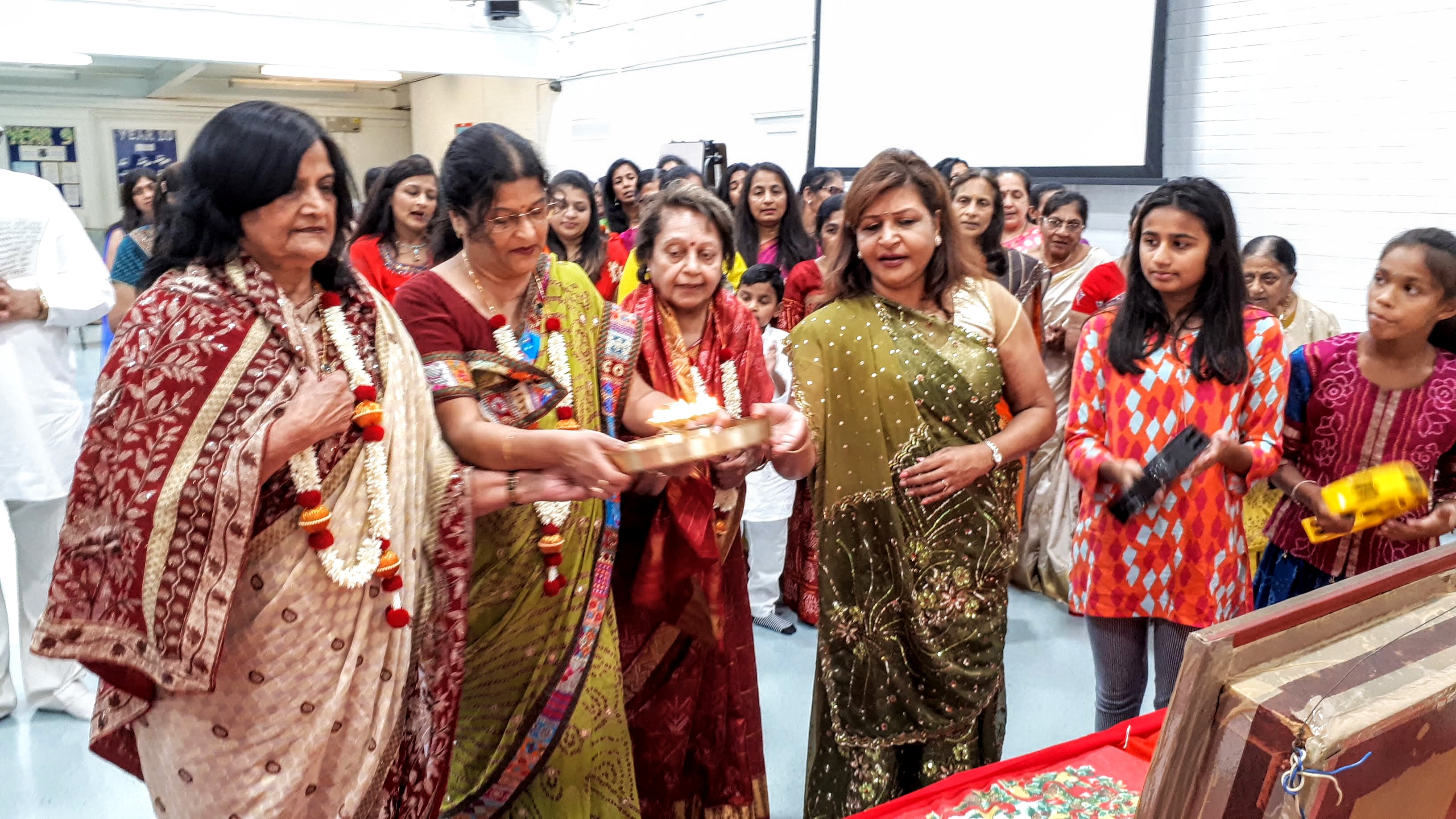 Special thanks to Vijaybhai and Pravinaben to take the Parnu home, many thanks to Jaywantiben and Kapoorbhai for the prabhavna on Mahavir Janmastmi and to all the children. Chandubhai thanked Bhartiben for all the hard work she has done and to make this event very successful. Also, Chandubhai thanked all the ladies who took part in the singing of the Aarti and Mangaldivo. 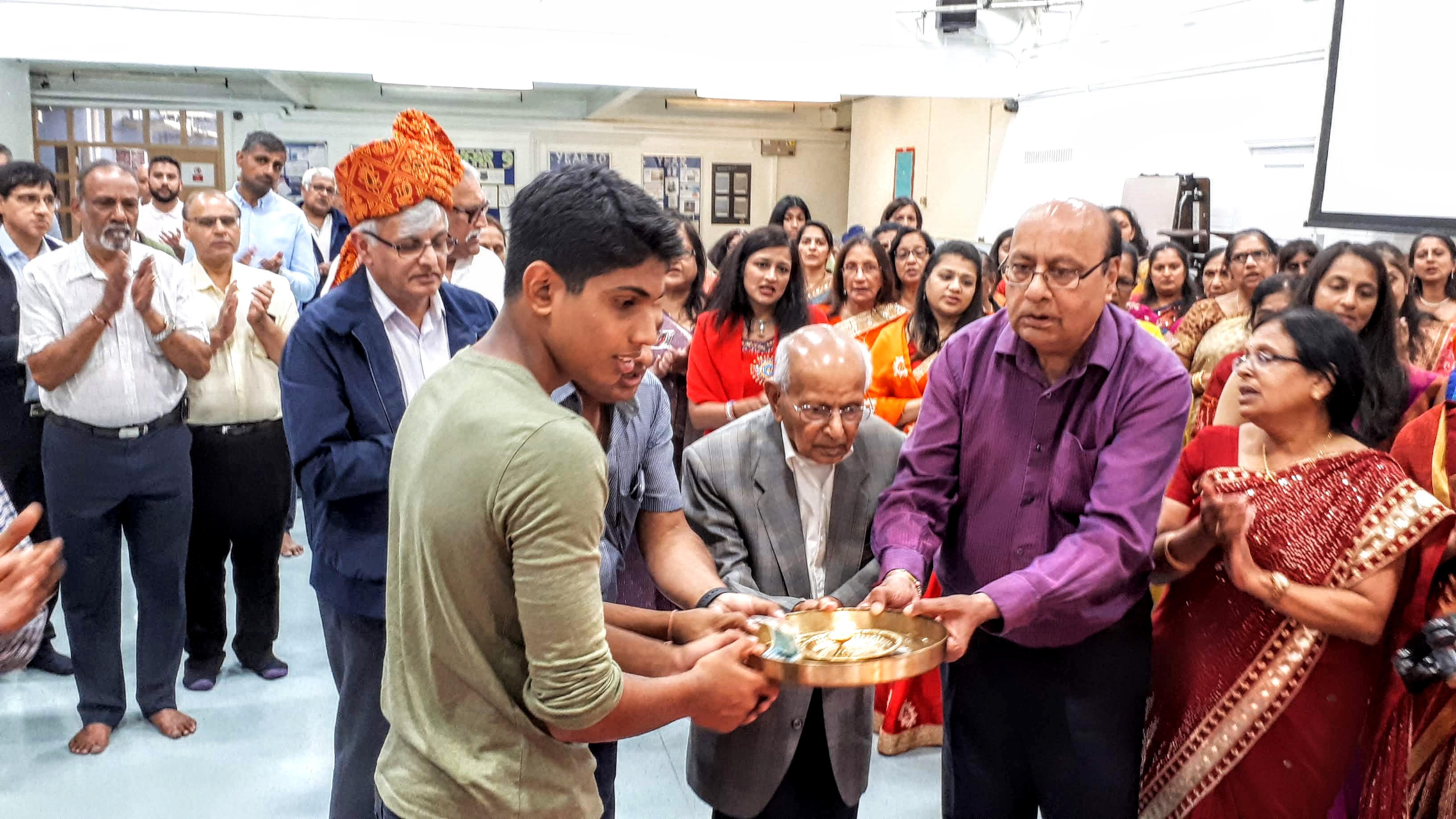 To see more pictures from Day 1 to 4, click here.