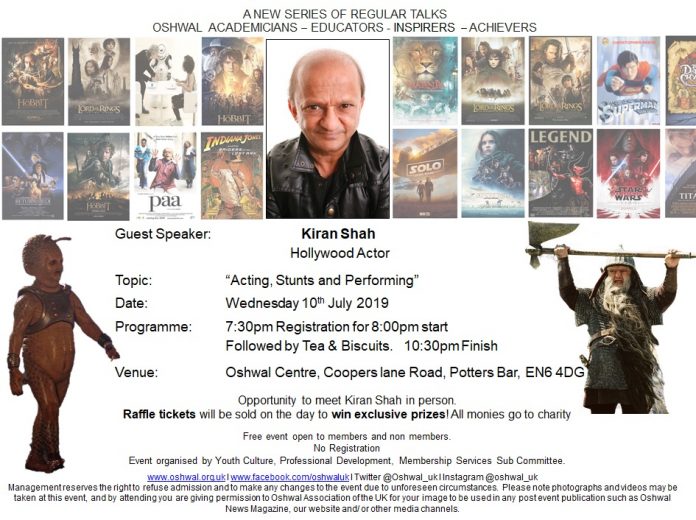 Kiran Shah also known as ‘Little Kiran’, has performed in numerous blockbusters including The Lord of the Rings trilogy, Titanic, Braveheart, Indiana Jones and Superman I & II. Including roles in The Hobbit, The Lion, the Witch and the Wardrobe, and Star Wars films and many more.

Kiran has co-starred in Ridley Scott’s Legend playing as the evil henchman Blunder with Tom Cruise and Tim Curry. Kiran played another fun role of Ginarrbrik, the White Witch’s (Tilda Swinton) sleigh driver, in The Chronicles of Narnia: The Lion, the Witch and the Wardrobe.

A Star Wars veteran, he been casted in all the new Star Wars films, currently working on Episode IX. He is a prolific supporter of those with disabilities, in 2013 he was the keynote speaker in helping to launch the Kenyan Association of People with Dwarfism.

Ever since Kiran’s family moved to India when he was 11, Kiran has been inspired to write poetry. The differences in lifestyle and culture in India together with the poverty prompted him to write poems about the world around him. He continues to write poetry to this day.

Raffle tickets will be sold on the day to win exclusive prizes! All monies go to charity.