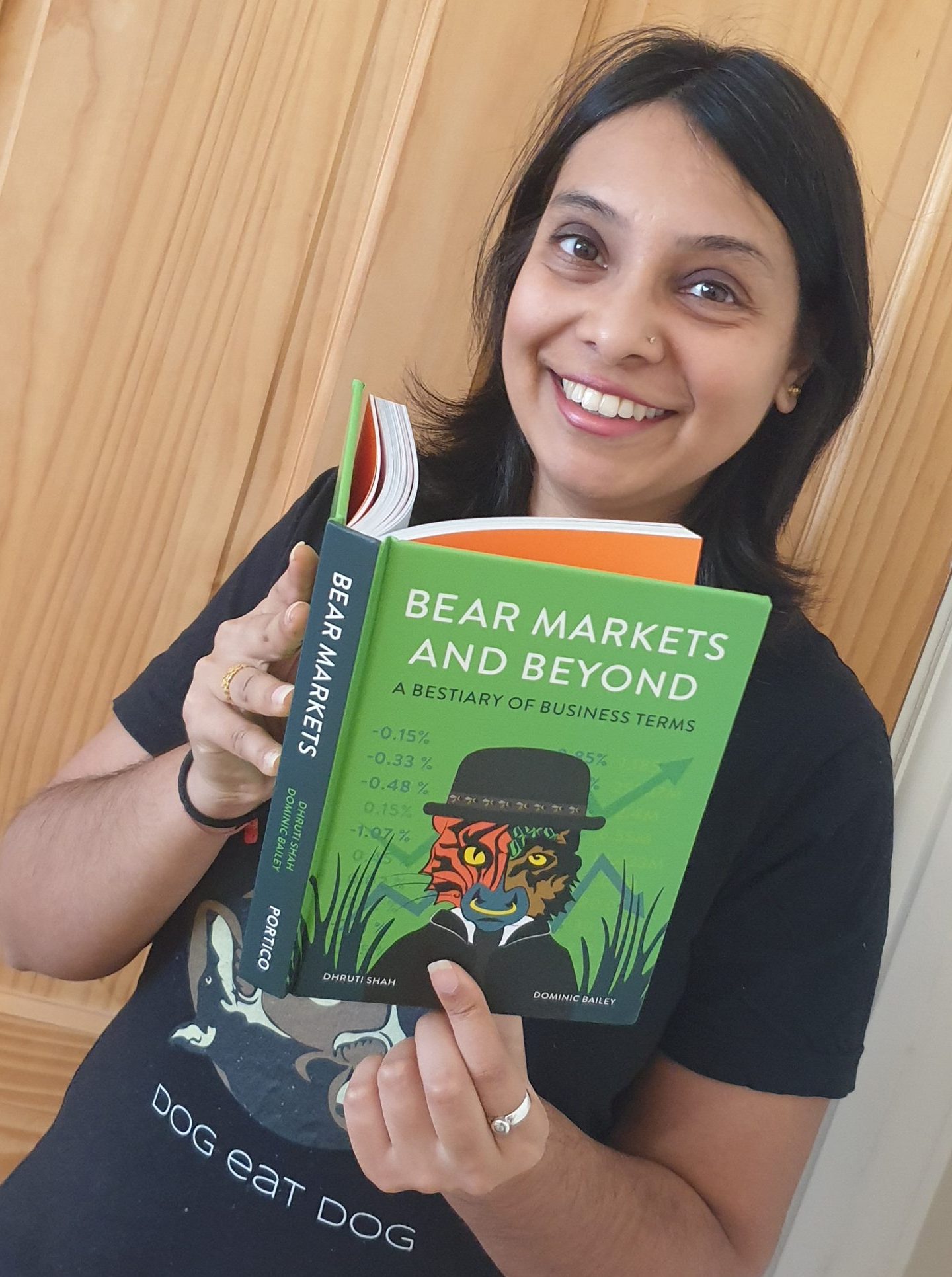 How much do you know about business and the financial world? When did you first take an interest in matters around money? Do you have regular chats with your family about the global economy – how do you even broach a subject like that?

If you are financially literate, it means that you can understand the way the world operates in a better way. But with research suggesting that two out of three people around the world are unable to understand the money matters which affect their daily lives, then perhaps it means there is a problem with the way we are communicating this very important subject.

I’m a journalist and love to tell stories. In 2016 I was working in the BBC’s Business Unit at the time as a digital storytelling lead and journalist and wanted to make this world of markets, money and economics more accessible. On the commute into work, I’d be reading finance dictionaries and it was the animal terms that really sparked interest. What was a tiger economy? Who came up with the idea of meerkat investors?

Fellow BBC journalist Dominic Bailey and I embarked on a project intended to decode the often difficult to understand language of business and try to make it accessible to people of all ages. Despite many obstacles and it taking us four years, Bear Markets and Beyond: A Bestiary of Business Terms was eventually published in 2020.

It’s an illustrated reference guide with quirky illustrations to bring a smile to those in the know when it comes to bear markets, unicorns and hawks, while also helping those who want to navigate this closed-off world. It’s also intended to get the attention of those who perhaps are at the start of their careers, or families who want to talk about money at home. We wanted to give everyone confidence talking about the animals that pop up in finance, economics and business.

Bear markets go to the heart of the stock exchanges and refer to markets which are falling with a drop of 20% or more over two months. But what about a bunny market? This is when there’s a lot of hopping but not a lot of direction.

Animal metaphors are often used to explain the behaviour of investors too. A stag is, by nature, impatient. It certainly doesn’t hang around waiting to see how things pan out. Instead it will have bought shares prior to public trading and then will sell them straight away. A stag likes hot deals and quick profits.

Did you have a piggy bank as a child? Piggy Banks have a long history, going back to at least 1450. Before there were banks, people would stash their money at home in an earthenware pot called a ‘pygg’. This explains why potters in the nineteenth century fashioned the banks after this animal.

We’ve been really pleased with the success of the book. It wasn’t an easy journey to get it published. We didn’t have any of the usual connections or an agent and for many it wasn’t a conventional book. But it won the Short Business Book of the Year Award at the 2021 Business Book Awards with the judges describing it as ‘perfect’.

We got a written letter from Sir David Attenborough who suggested he could learn a lot from our book, while Professor Atul K Shah, whom many of you may know, and is a professor of accounting and finance at City University is also a big fan. He has called it a colourful and timely book. We’ve had naturalists and environmentalists reveal they think the simple idea we had is helpful to anyone trying to understand the world of business too. The book is in school libraries and on university reading lists. It’s even made it into global libraries around the world. It’s one of the top five books on money recommended by Save the Student.

When the book was published, we were astounded by the number of parents who would message us to tell us that they had ordered a copy but had barely had a chance to touch it before their children, from the ages of five up to teenagers had grabbed the book with its funny illustrations to go through and learn from. We’ve visited primary schools and been quizzed by five-year-olds about the business world. Considering you can get entrepreneurs of all ages, we’re delighted by this.

The book has travelled the world and we’ve been grateful to see people sharing it in Germany, India, France, Canada, Kenya as well as the UK.