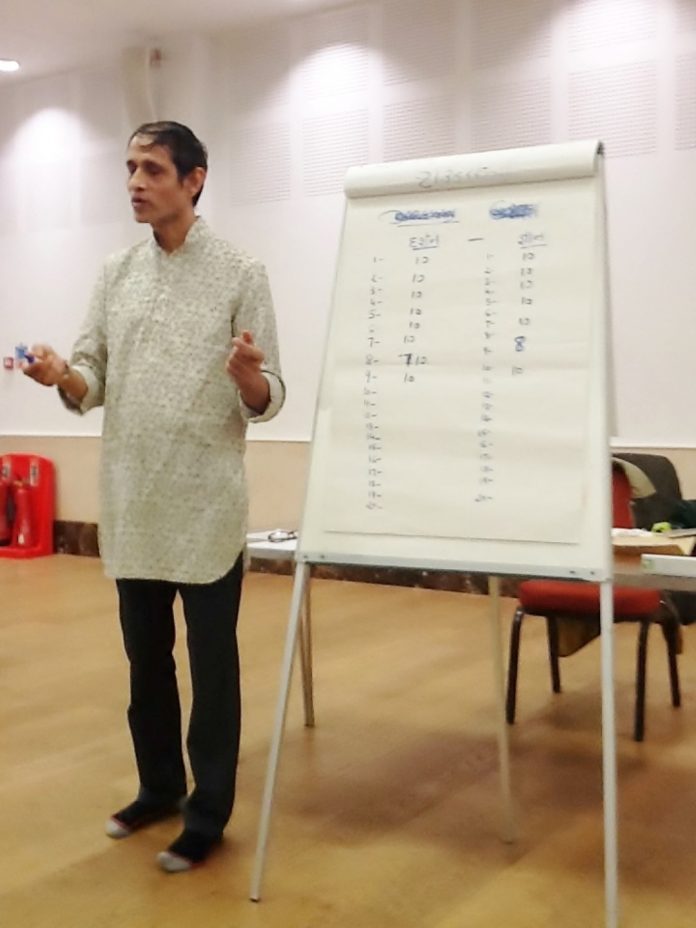 This evening 8.30pm to 10.00pm we saw our 4th Jain Pathshala class at Oshwal Centre as we knew more people will be coming. The class was taught by Jayeshbhai Shah in Gujarati with English written translation. Today we learnt three Sutras.

Sins are destroyed in The Iriyavahiyan sutra, but in this sutra, further efforts are made for purifying the mind.

Making an additional effort, to repent, to cleanse the soul by extracting sins out of myself, I stand in body-abandonment posture (Kaussag). I am also resorting to the path of right faith, knowledge and conduct to prevent any further sins. I am trying to eliminate all sins from my soul so they can never return

With the exception of inhaling and exhaling, coughing and sneezing, yawning and hiccoughing, passing wind, giddiness, and swooning.

Apart from these these and other involuntary movements,( total of 16) may my Kaussag be unbroken.

Until I have completed the recitation of the Navkar Mantra or Logassa and say ‘Namo Arihantanam’ to come out of Kaussag, I shall cast aside my body in the standing position, in silence and in meditation.

This is a sutra praising the 24 Tirthankaras of the present cycle. The Sutra is full of mantras, tantras and yantras

I praise the twenty-four Jinas, the illuminators of the entire Universe, the conquerors of attachment and aversion, the bearers of perfect knowledge.

Thus I have praised the twenty-four Jinas who have shaken off impurities and defilements and eliminated old age and death once for all; may they be pleased with me.

May they, the Siddhas, the noblest of all beings, give me enlightenment and tranquility and final release, they who have been praised and worshiped and are the supreme perfect souls (siddhas) in the Universe, for betterment of my soul grant me the right faith and the purest form of meditation

Purer than the moons, more radiant than the suns, and profound as the oceans, may the Siddhas grant me final release.

Jayeshbhai also prepared a quiz which recapped over four sessions (including todays) and there were also stavans involved. We where we were split up in two groups with 1 being called ‘Darshan’ and other called ‘Gnan’.

Back to Religion page. 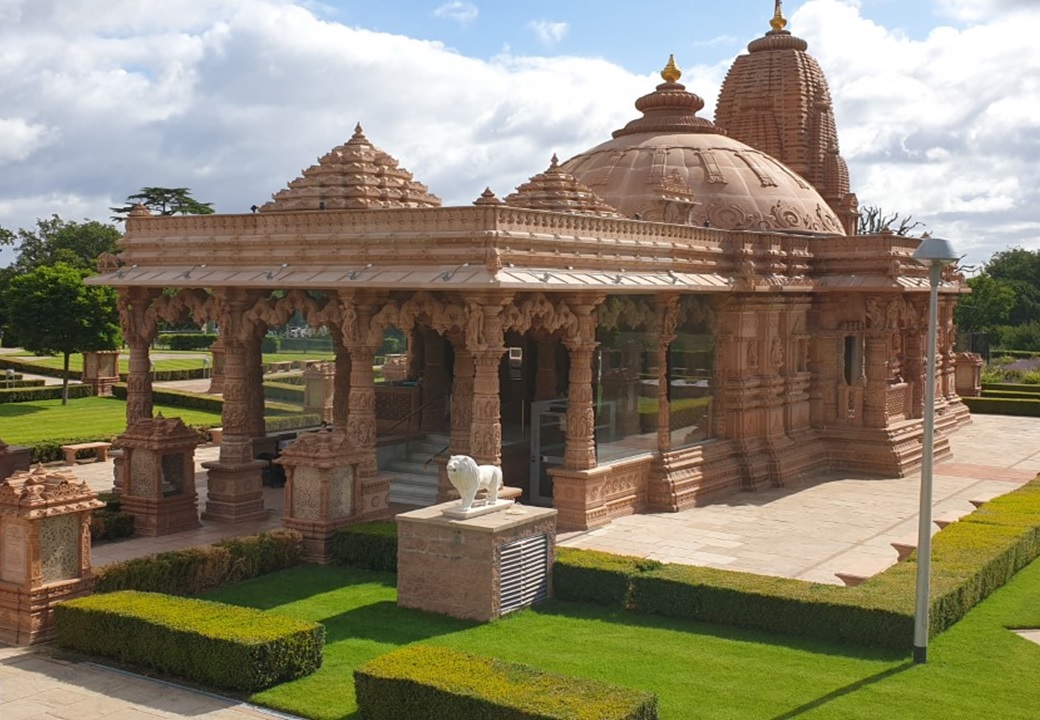 It is the generosity of members of our community that make our work possible. We rely on your continued support to keep us going. If you would like to support our work, please donate whatever you can. We have different funds into which you can donate.
Learn more

For Donation , by clicking on the button below.