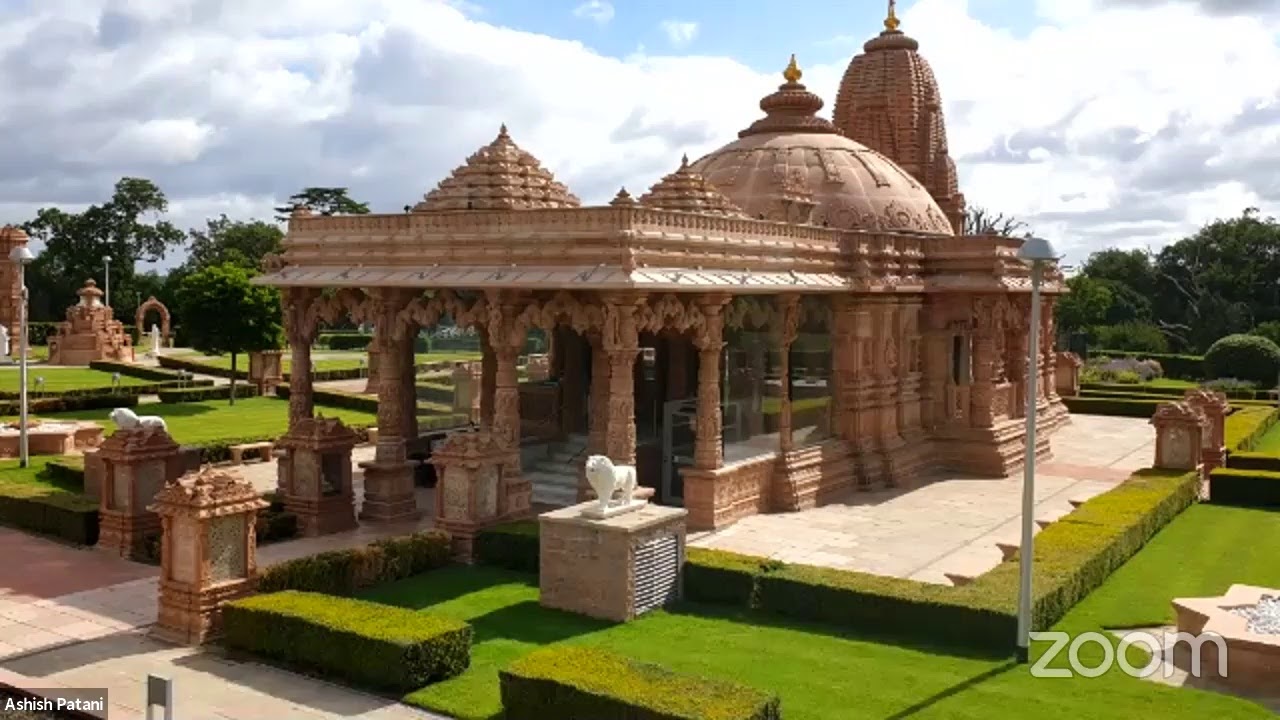 Oshwals are followers of the Jain faith, an ancient religion originating from India.  Jainism was preached by 24 Tirthankaras (liberated souls) of which Lord Mahavir was the 24th Tirthankar and who propounded the current form of Jainism.

Lord Mahavir was born in 599 BCE in Bihar, India and was a prince.  At the age of 30 he gave up all attachment to worldly goods and family and took up the life of an ascetic.  After 12 and a half years of severe penance he achieved Keval Gnan (realization of perfect perception, knowledge, power, and bliss).  For the next 30 years, he travelled far and wide in India teaching the philosophy of the Jain faith.  In 527 BCE, at the age of 72, Lord Mahavir attained Nirvana (complete liberation from the cycle of life and birth)

Jainism teaches that the path to liberation from the cycle of life and birth is to live a life of harmlessness and renunciation.  Jain principles are set so that they can be practiced by ascetics, as well as lay members of the community with varying degrees of penance.  The very essence of Jainism is the concern of the welfare of every being within the Universe and for the health and welfare of the Universe.

By practicing these basic tenets, followers of the Jain faith believe that human kind will be able to live in peace and harmony with each other and with all living beings in the Universe.

Explore the links below to view recordings of the latest satsung sessions conducted by Jayeshbhai, our Vedhikar.

Sunday, 10th October 2021 at 11.00am The Navpadji Ayambil Oli of the Bhagvants that brings auspiciousness is just approaching. During the live webcast (Online) Sunday...

Wednesday, 6th October 2021 at 11.00am A very warm welcome to you all to a devotional Satsang Akshay Punya Ni Praapti Kariye, hosted by the...

The Ten Dreams of Prabhu Mahavira

Sunday, 3rd October 2021 at 11.00am Pujya Shri Jayeshbhai Shah will explain about The Ten Dreams of Prabhu Mahavira during the live webcast (Online) Sunday Satsang...