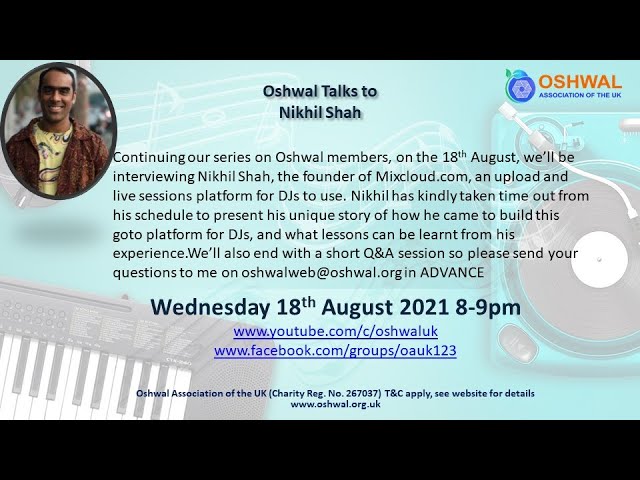 Oshwal Talks to Nikhil Shah about paving a path outside the norm as a creative entrepreneur, the rollercoaster ride of building startups and the lessons he’s learned along the way. Nikhil Shah is a creative, technology and social impact entrepreneur. He is the founder of Mixcloud, the world’s leading streaming platform for on-demand DJ sets and radio shows, with over 20 million listeners and 4 hours of content uploaded every minute. He is also an advisor to a number of mission-driven startups in the creative industries, technology and wellbeing. Nikhil received a BA and MA in Mathematics from the University of Cambridge. He is a DJ and a trained yoga instructor.

As promised, Nikhil Shah, founder of Mixcloud, the goto site for DJs and Radio shows worldwide to publish their sets, has kindly shared his slide deck after spending some time with us as part of “Oshwal Talks” wider campaign

Press for the recording of session