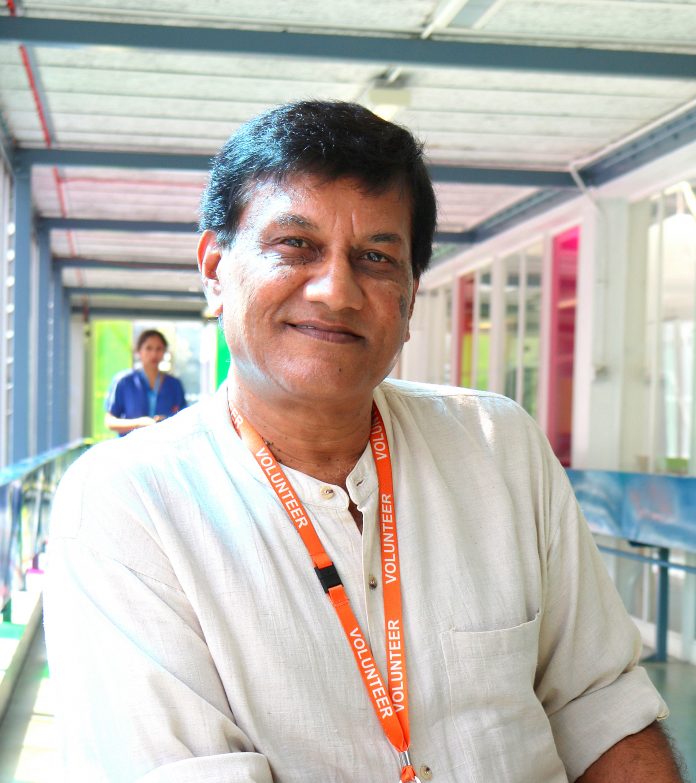 On the 18th of April 2021, in the celebrations of Mahavir Janma Kalyanak, the Institute of Jainology & Jain All Party Parliamentary Group awarded me the OneJAIN Community Award, recognising Excellence in Community Service.

My name is Jatinkumar Shah and I have dedicated my life to Sewa work for the last 21 years.

Despite having a disability since childhood nothing has stopped me from achieving my dreams and ambitions. I was born in Mbale, Uganda. Son of Jayabai and Amratlal Narshi Manek Shah and husband to Khushmita Shah.

In 1973, I came to the UK in my teens, trained as a fashion designer, and established my own business. In 1999, I had a further setback and was advised to use a wheelchair. Despite my own disability, I realized other people’s needs were greater than mine, which inspired me to help others in the community. I have actively volunteered at my local hospital, Northwick Park, since 2000.

In 2013, I was the winner of the Pride of the North West London Hospital Staff Excellence Award as “Volunteer of the Year”, and in November 2020, I was further given an award for my 20 years of Loyal and Dedicated service. I have worked with Young Jains both in Executive and Non-Executive roles, organising many events.

I have also worked on various projects with many of our Jain Organisations in the UK including the Oshwal Association of the UK. In August 2015, I was given the opportunity of narrating the story of Mayana Sundri in English during the live stage shows at Oshwal Centre. My article “A Gratifying recognition of my life as a Volunteer” was published in the April 2021 edition of our Oshwal News. I have worked closely with all the Samanis at Jain Vishva Bharati in London since 2000.

I have volunteered at Aspire, Royal National Orthopaedic Hospital, supporting patients with spinal injuries.I am also is involved with various disability charities in UK.

I have a very positive approach to life, nothing is impossible for me.I try and inspire people around me as well as staying on the path of my spiritual progression.

I pray that I always get the strength to continue doing what I really enjoy!